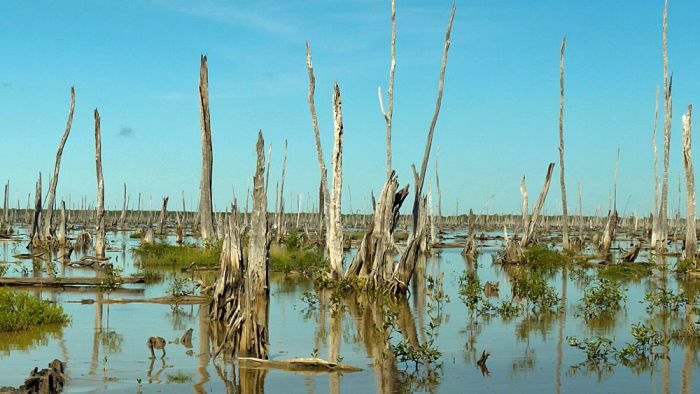 Floodplains around Australia’s largest national park are undergoing a visible transformation as rising sea levels push saltwater further from the coast into its freshwater river systems.

Climate change is understood to be driving the phenomenon along the coastal region around Kakadu National Park in the Northern Territory, which will likely have dramatic consequences in the coming century.

If emissions continue to rise, modelling by the CSIRO from 2017 shows almost half of Kakadu’s…

Happy Friday!! A big shout out to the many remote police officers out there in …